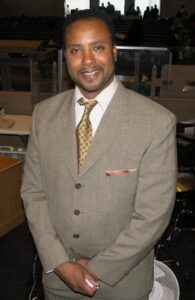 With a foot in the door, and nearly thirty years of dedicated and stellar service, Bryon moved through the ranks at WVEC TV as a photographer, a chief photographer, and the operations manager of the entire newsroom. He was a member of the National Association of Black Journalists and a past president of the Hampton Roads Black Media Professionals. During his tenure with WVEC TV, he earned numerous accolades and awards; however, his greatest reward was helping others. Throughout his career, Bryon mentored and guided others and always had kind words to impart. After leaving WVEC TV, he was employed by iSoft, a contractor at Fort Eustis where he served as an audio-visual specialist. While in this position, Bryon demonstrated his professional excellence, kindness to others, and genuineness.

The purpose of the Byron Burney Community Journalism Academy is to engage the community through teaching, mentoring and hands on experience. We encourage community members of all ages to become more involved in telling the stories that have impacted their lives and changed their communities for the good or to their detriment. We inspire students through hands on training and journalistic activities.  Skills such news gathering, writing, producing and reporting are taught using various media formats.

This project will help individuals grow as communicators by encouraging strong independent editorial voices. This program will also utilize its platform to encourage individuals, especially the youth, to enter into related fields of study and/or careers. 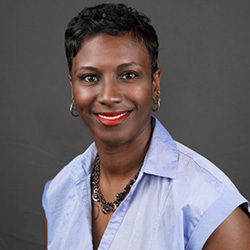