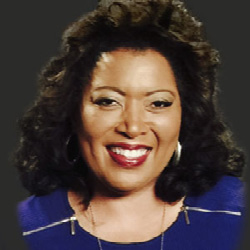 At WHRO, Lisa wears many hats, including producing several award winning documentaries and feature story vignettes. She produced The Historic Attucks Theatre: Apollo of the South, a documentary celebrating the theatre’s 100th year and She’s Coming Home: Women Veterans, which follows three women transitioning from active duty to civilian life. She served as the Executive Producer and Host of WHRO’s Emmy Award winning Veterans Coming Home Television Special and produced all four of WHRO’s “Race: Let’s Talk About It” Town Halls. When she’s not producing live television and radio programs, Lisa is writing and directing educational videos for WHRO. Her work has twice been recognized by the National Educational Telecommunications Association (NETA) as the Best in Public Television.

Her latest project is the WHRO podcast Mind Over Manners. Together, aided by experts, the show ask the uncomfortable “etiquette” questions to help listeners maneuver through socially awkward situations. Twice a month they tackle topics ranging from: what to say if a friend “comes out” to the best ways to handle a workplace romance!

Prior to her work at PBS, Lisa spent ten years working as an Anchor/Reporter in the Hampton Roads television market. Throughout her career, she has worked as a television journalist in Nashville, Louisville and Washington, DC.

Lisa enjoys mentoring young people of all ages. This includes, for the past eight years, serving as WHRO’s liaison to the PBS News Hour’s Student Reporting Lab at Norfolk’s Granby High School. She also supervises as many as five college interns at a time for WHRO.

She currently serves as President of Hampton Roads Black Media Professionals, the local NABJ Chapter based out of Norfolk, Virginia. She also serves as a Director and Camera Operator for the Media Team at Grove Church in Portsmouth, Virginia.