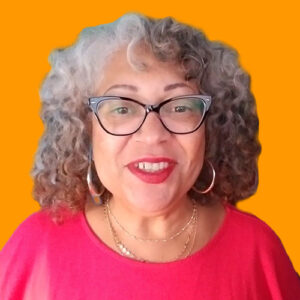 BIOGRAPHY: Janine M. Coveney is a writing, editing, and content creation professional with more than two decades of experience at a variety of media platforms, including web, radio, TV and print. Raised in the Bronx, New York, Janine graduated from the prestigious Hunter College High School in Manhattan. She then earned a BA in Advertising/Public Relations from Simmons College in Boston and received her MFA in Creative Writing (dual concentration in fiction and non-fiction) from Antioch University-Los Angeles. She has also earned certificates from the former Stanford University Professional Publishing Program and the University of Southern California’s Guy Alexander Hanks/Marvin Miller Screenwriting Program.

She also served as publicity director for A&M Records’ Perspective label, where she worked with Barry White, Mint Condition, and the Sounds of Blackness; and product management & marketing associate for Arista Records, shepherding the careers of Whitney Houston, Toni Braxton, Usher, and others. From 2013 to 2016 she was the content & communications manager for the advocacy division of The Recording Academy (The GRAMMYs) in Washington, D.C.

Currently, Janine continues to work on several personal projects, including her screenplays. She is the founder and host of the monthly podcast The Words On Flicks Show (“movie talk from a fan perspective”) on EWaterRadio/BlogTalkRadio, an extension of her film review blog Words On Flicks. A fan of all forms of the arts, including theater, dance, and all genres of music, she has recently immersed herself in the worlds of opera and jazz.