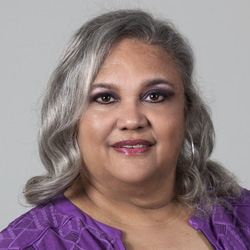 BIOGRAPHY: Dr. Wanda Brockington is a native of Raleigh. North Carolina.  She holds a B.A. In English and an M.A. in Educational Media from North Carolina Central University and a Ph.D. in Mass Communications from Howard University.

She recently retired from the Department of Mass Communications and Journalism at Norfolk State University with 40 years of service as a Professor.  She also served as Department Chair and General Manager of WNSB-FM for 11 years. Her areas of interests include Indigenous Voices, Internet identity issues, language and culture, communications skills, media effects, culture and diversity, and women and minorities in the media. Dr. Brockington won numerous awards and honors during her tenure at NSU including the departmental Lifetime Achievement Award, Faculty Member of the Year (multiple times) Service Award, and Advisor of the Year.  In the community she was recognized by the Urban League of Hampton Roads with the Dr. Marian Palmer Capps Award for Excellence in Education as well as Volunteer of the Year and The YWCA of Hampton Roads as a Woman of Distinction in the field of Communications.

Dr. Brockington was appointed to the Board of Visitors for the School of Global Journalism and Communications for Morgan State University, the Department of Mass Communications at Saint Augustine University and was recently designated as a Sister Scholar for the Delta Research and Educational Foundation.  She maintains her professional affiliations with the Association of Educators in Journalism and Mass Communications, Hampton Roads Black Media Professionals and the National Association of Black Journalists.