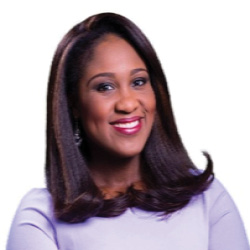 Biography: Ashley Smith starts her days before the sun comes up as co-anchor of 13News Now Daybreak, from 4:30 to 7:00 a.m, and 13News Now at Noon. She also contributes stories to 13News Now’s Making A Mark franchise, highlighting inspirational moments and people in Hampton Roads. Ashley is the host of ‘Coastal Connections’– 13News Now’s community outreach show. She originally joined the Daybreak team in 2013 as a Traffic Reporter and was nominated for a 2017 regional Emmy Award for transportation/traffic reporting. Before joining 13News Now, Ashley was a freelance reporter and anchor for WCTV Chesapeake Television.